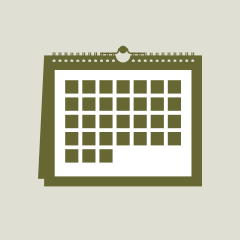 It's a Thursday evening, held at Peace House Tulsa, inside the UU Church of the Restoration, 1314 N. Greenwood Ave., just north of OSU-Tulsa/Langston campus.

Agenda for the meeting
6:15 PM (Please try to arrive by 6pm) to 7:30 PM
This event repeats every month on the first Thursday after the first Saturday.

E. Planned TPF screening of the documentary film “Occupation 101” in response to the apartheid regime in Israel/Palestine. The film was screened after last month's TPF Steering Committee meeting, and passed muster for wider promotion. Postponed to end of April or mid May.

F. Planned TPF participation in Department of Peace & Non-Violence annual “Peace of the Pie” campaign, for Mother's Day. Sunday May 9, 2010

G. Changes to TPF executive officers: Welcome aboard to Araceli Jaramillo-Tiger as our newest executive officer, appointed at last month's meeting as TPF Secretary/Treasurer for our non-profit.

A. Can TPF make common cause with 9/11 truthers? See local group: www.tulsatruth.org and DVDs to circulate, to help answer questions about 9/11.

C. Can TPF gear up for an “Opt Out Summer” for counter-recruitment? Help get students off military recruiters' lists, both locally (high school lists) and nationally (Pentagon's list).

D. Letter writing campaign (in support of prisoner of conscience, such as Amnesty International does). A Franciscan Peacemaker was sentenced to 6 months in jail for crossing the line. Pace e Bene staff member Friar Louis Vitale, 77, began serving a six-month prison sentence on Monday, January 25 for nonviolent, prayerful protest calling for closure of the School of the Americas at Ft. Benning, Georgia. After his first month in jail at Crisp County Jail in Cordele, Georgia he passed through to Oklahoma City on March 25th in transit to the present jail that he's at in southern California. More details: http://paceebene.org/letters-louie
Please consider writing Friar Louie a letter at:

One Man's Mission to Promote Peace, One School At A Time
April 22, 2010 from 10am to 12pm – University of Oklahoma - Norman campus